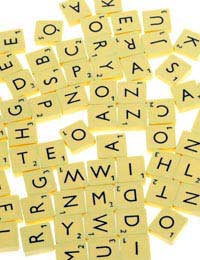 Some of the most entertaining and long lasting games over recent years have been word games. People love to test out their knowledge by playing games that require you to create words from random letters, unscramble words from other words, figure out what certain words really mean and more. The great thing about word games is that they can be adapted for play by all ages and intellectual capabilities. Let’s take a look at some of the best traditional games and some of the up and coming new word games.

One of the most popular word games ever is Scrabble. Very few people don’t know what Scrabble is, it’s become an institution similar to Monopoly. Scrabble is best played with between 2-4 players and requires each individual to form words from the tiles they have in their ‘hand’. The words are placed on a grid like board in front of them which contains a variety of extra ways to score, along with each individual letter having it’s own score. Scrabble is so popular that it’s been sold in over 121 countries in the world and at last count surpassed the 100 million sales record. It has also been released in a variety of versions including travel versions, online versions and often will inspire tournament play or group challenges. Scrabble is the definitive word board game and few others are likely to reach it’s heady heights of success.

Another traditional word game is Boggle. Boggle players must shake a tray that contains 16 dice. Each dice has a different letter on each of its sides and the dice will rest into a 4 X 4 tray so you can only see the top letter of each one. At this stage, all players must then compete against each other to make the most words out of the available letters. You have three minutes to do so and you must make the words from either horizontal, vertical or diagonal cubes. The great thing about Boggle is that all ages can play, but the rules do require words to be no shorter that three letters long. For each length of word, you will be awarded different points. The most common points system is 3 and 4 letter words receiving 1 point all the way up to words over 8 letters long receiving 11 points. At the end of the game, the player with the most points wins.

Another fun word game is Balderdash. In this game, it’s slightly different from Scrabble and Boggle in that you’re not awarded points based on the words you create. In Balderdash, the aim is to guess the correct definition of a word that is read out to the group. The person who is ‘in play’ draws a definition card from the pile and rolls a dice to see which of the words on it will be used. Then the definition of the word is written on a piece of paper and everyone in the group has to write down a definition. At this point they can either write what they believe to be the true definition or may try to bluff the others by providing a false definition. Everyone then hears the definitions and must choose which answer they believe to be correct. Points are awarded to the person who gets the correct definition.

One of the most successful recent word game releases has been the card game Apples to Apples. A simple game of nouns and adjectives, Apples to Apples requires the player to match one green card to one red card based on what they believe is the best word match. Each player is given seven cards that contain a noun on each. The ‘judge’ picks a green card from the pile which has an adjective on it. Each player then has to choose a card that they feel best matches the green apple card. The judge then shuffles all the red cards the players held in their hands and goes through them to pick which one is the best match. Whoever got it right is awarded the green card to keep. The person with the most green cards at the end wins.

Another popular word game that is available at the moment is an online game called Scrabulous. It is a variation on the traditional word game Scrabble, but can be played online across email, instant messenger or Facebook social networking site. The board and system are very similar to Scrabble, but being able to play online and having the ability to drop in and out of a game when you feel like it is a very cool feature and is sure to continue the popularity of this game. Since it’s inclusion on Facebook, Scrabulous has been added to over 840,000 user pages.

One of the most crucial aspects of word games is that they are fun, aren’t too difficult and are extremely inclusive. There are many more out there other than those noted above and some other popular titles include, Pass the Bomb, Upwords, Cranium (that features a word specific area), Taboo and Hangman. Always remember to have a dictionary handy to save any arguments over word queries and also try and have fun!
Next Page