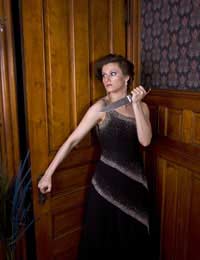 How to Host a Murder

The dinner party game 'How To Host A Murder' has become a hugely popular franchise game. The game involves role-playing, acting and essentially having a good time with friends. The host of the game will usually set up a dinner party evening as each game takes approximately 4 or 5 hours to play, dependent on the speed of play of those involved. There are numerous genres covered in the series, with spin-offs including a How To Host A Mystery Star Trek Style. With the right group of friends these games can be a whole lot of fun.

‘Playing’ How to Host a Murder

The How To Host A Murder games are usually made for a certain number of players, usually 8 people, 4 of each gender. This is so the guests can take on each role in the Murder Mystery. How To Host A Murder involves a lot of fun, usually around a dinner party setting. Each guest gets to read the information for their character, this information is known only to them. Role-playing is a large part of the game. Each game in the series is a self-contained scenario in which the players take part to solve a murder amongst them.

It should be pointed out that the preparation for a How To Host A Murder is probably a week or so. This is to give the host time to prepare special foods and drinks to fit the theme and also to hand out invitations to the guests. Each guest will get information about their own character and a short introduction to the other guests. Players can show up on the night in costume if they wish. Character information is handed out with details of how they are to act for the evening, though no one can directly lie to another player. In older versions a background is read by the host, in newer versions this information is revealed on a CD. Each player reads further into their own dossier of character information. Then the party begins.

As the night goes on different ‘rounds’ reveal new information to the players. Each player will have notes of things they should reveal to the other players. The skill is in revealing and then avoiding this information by focusing on other guests. At the end of all rounds (usually 4) the big reveal occurs in which each player states who they believe the murderer is and why. Not even the murderer will know it is them unless they have worked it out.

Scoring in How to Host a Murder

There is no ‘scoring’ as such in the How To Host A Murder scenarios, there is only good detective work. The winner(s) of the game is the person(s) who uses all the clues given and formulates them into the correct information, culminating in the naming of the murderer and the motive. Getting this information correct is most gratifying.

How to Host a Murder Variants

The popularity of the How To Host a Murder franchise has meant a couple of spin-offs for younger players. As well as the adult version of the game in its various formats, you can also get How To Host a Teen Mystery and Murder Mystery Party. Star Trek fans also enjoyed a spin off and there continues to be numerous releases in the franchise as it's popularity grows.