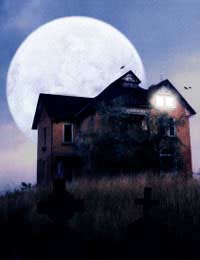 Removing yourself from your everyday situation is one of the main reasons that most people play games. The feeling of being able to 'switch off' for a time is what many people enjoy about games and being immersed in a world where you can have fun, be creative and do new things is part of the reason many people get involved in horror role playing games.

What are Horror Role Playing Games

Horror role-playing games take many forms, but most are table-top games where you use your imagination to create situations for your characters that create feelings of fear and being scared. You can play horror games in a number of different ways. Most people play them on the aforementioned table-top way, but many will play them online or even in live action situations.

Most games have similar elements, which makes their classification as a horror role playing game easy.

With such diversity and increasing numbers of role-playing horror titles available, it's difficult to keep track of every single game within the genre. Generally, there is something there for most people who want to play and some of the most popular are extremely widespread.

The list above is by no means exhaustive and there are plenty of horror role-playing titles available if you are interested in playing them. Many will combine comedy and horror, or some will be entirely serious, it just depends on what you're looking for.

Setting the Scene for a Great Horror Game

One of the best ways of adding to the atmosphere for your horror role-playing game is to create a spooky atmosphere when you're playing. There are plenty of ways to do this and it can really add to your players enjoyment of the game.
Next Page